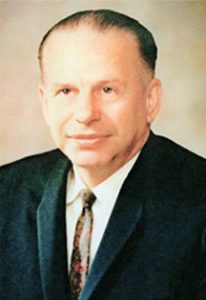 Leimkuehler Orthotic-Prosthetic Center was founded by Paul Leimkuehler. Paul had lost his left leg above the knee as a result of a wound suffered at the Battle of the Bulge in 1945. After the war, Paul became acquainted with prosthetics through his own need for an artificial leg. In 1948, he founded the Leimkuehler Limb Co.

Paul, Ohio’s best all-around cyclist in 1938 and an award-winning speed skater, was looking for an athletic endeavor after losing his leg. In the late 1950s, an Austrian ski instructor told Paul about amputees skiing in Europe and about a movie titled “Miracle on Skis.”

Paul analyzed the movie in stop action and then he was able to design his own outrigger skis. He then proceeded to ski all over the U.S. and Europe becoming a promoter of handicap skiing. In 1980, he was inducted to the Ski Hall of Fame as the grandfather of handicap skiing. Over the years the business has grown, and in 1978 Paul sold the retail end of the business to his three sons. 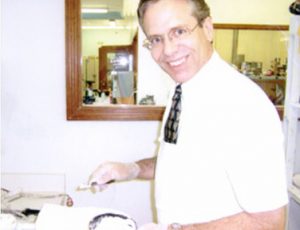 All three brothers are Certified Prosthetists and Orthotists and carry on the Leimkuehler history and tradition of providing the best prosthetic and orthotic care. At Leimkuehler, we have stayed abreast of the latest techniques in prosthetics and are continually acquiring and utilizing the most up-to-date information on methods and materials in the industry.